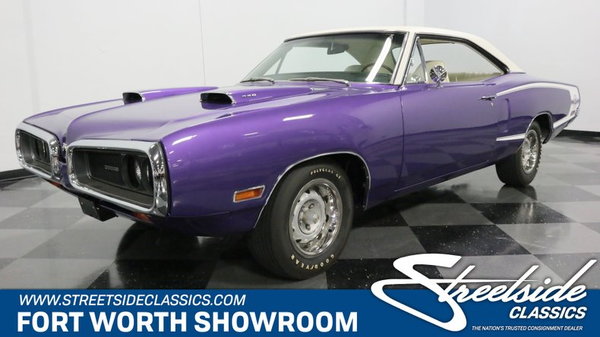 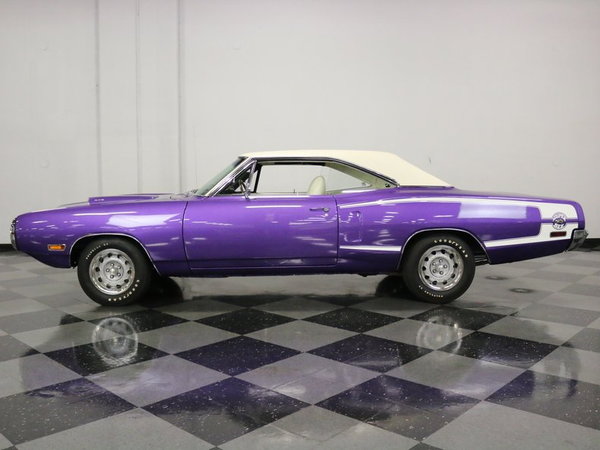 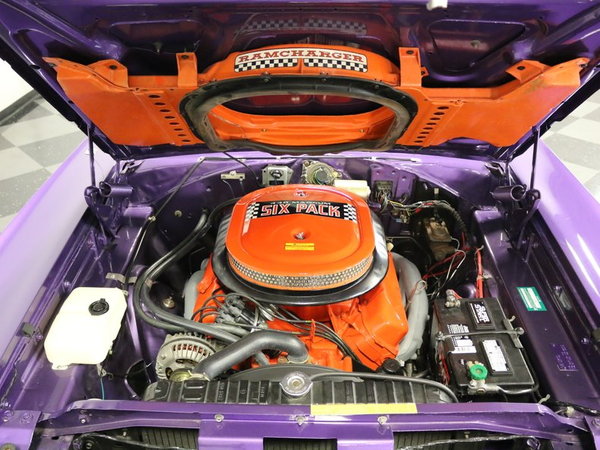 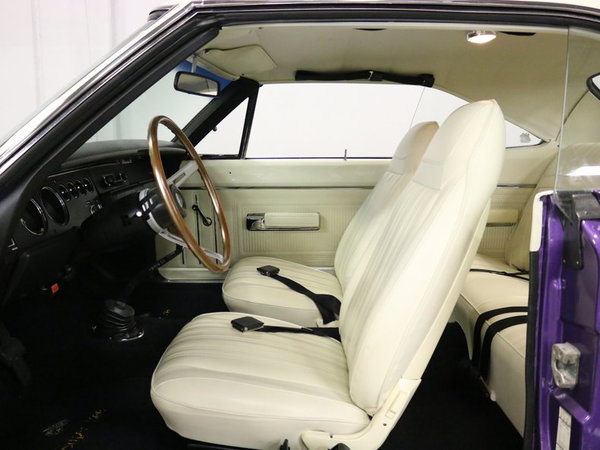 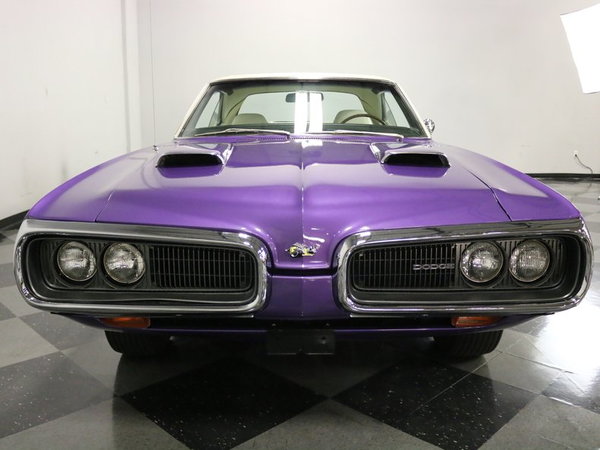 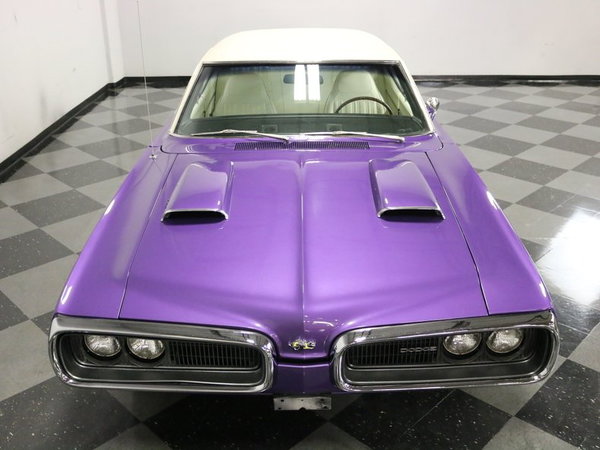 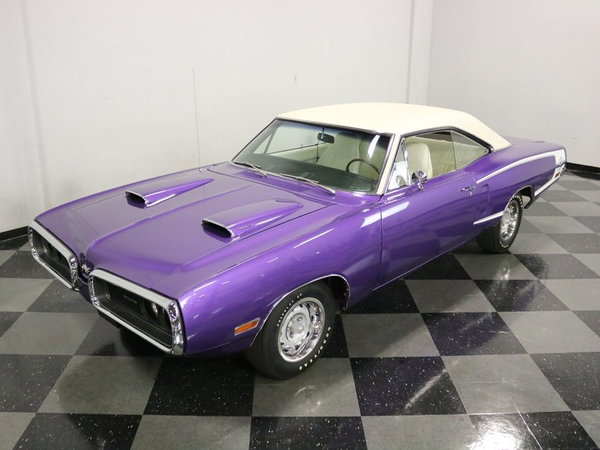 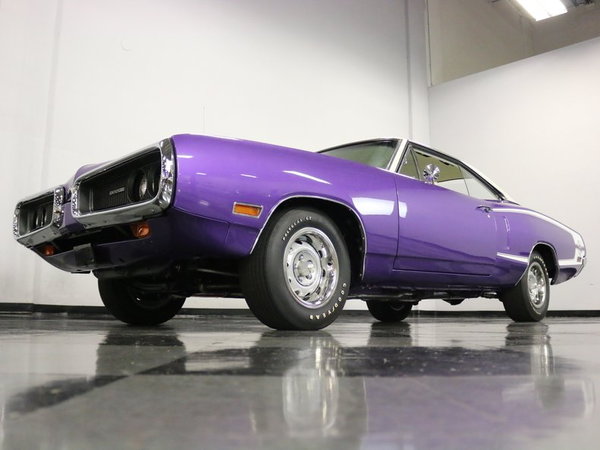 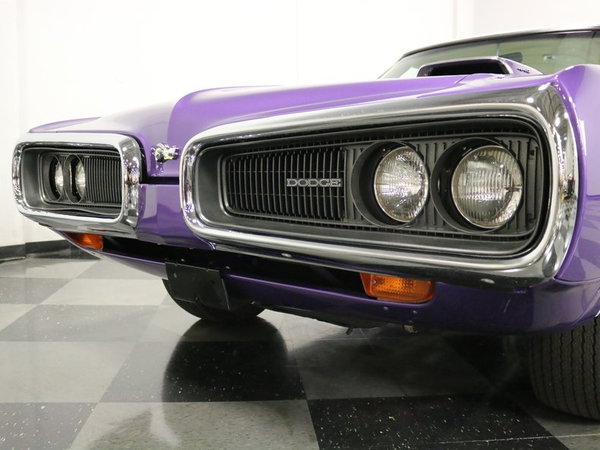 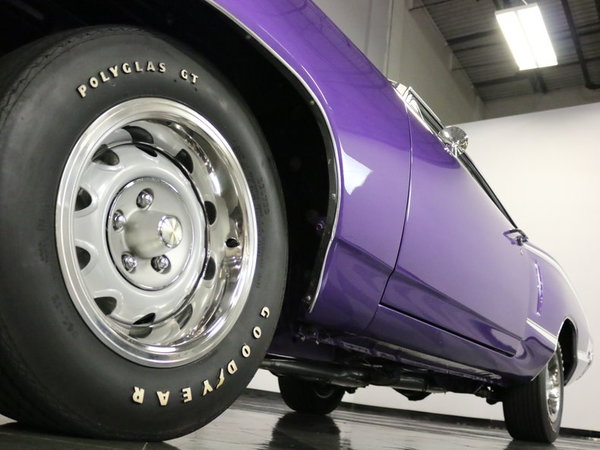 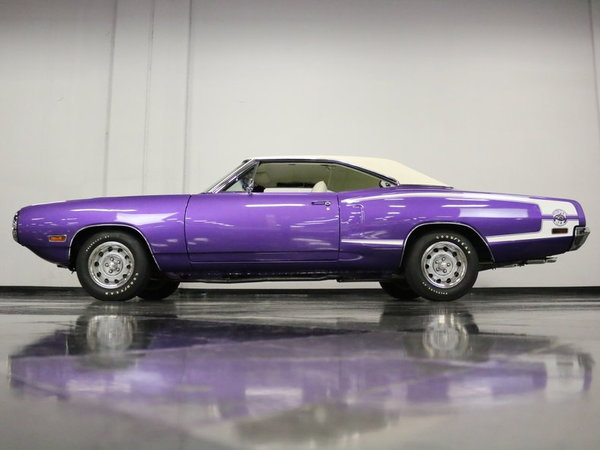 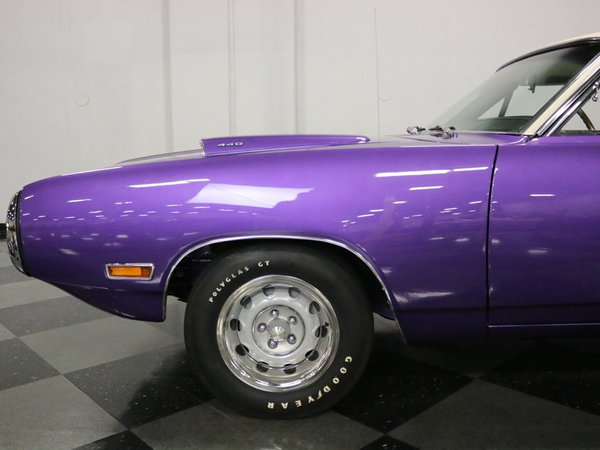 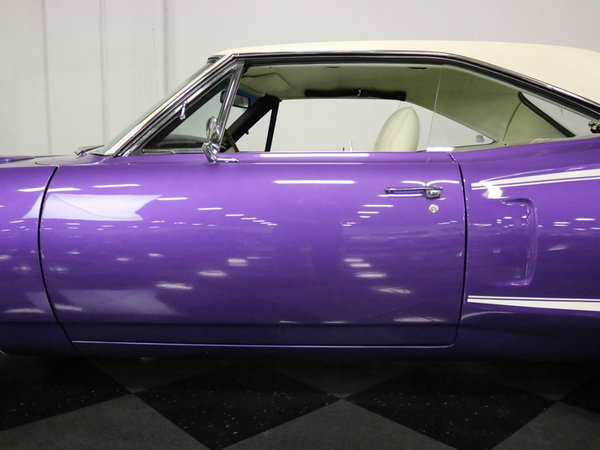 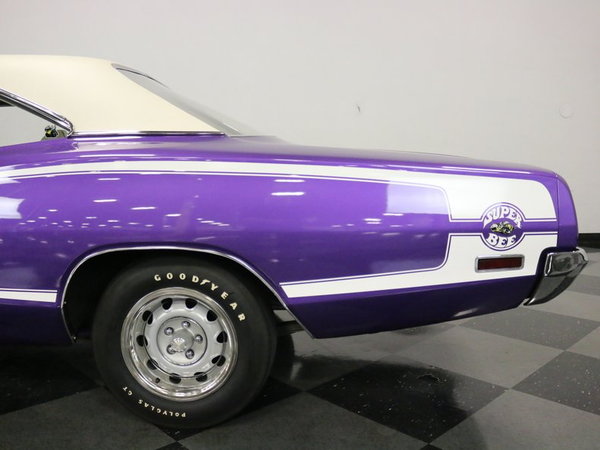 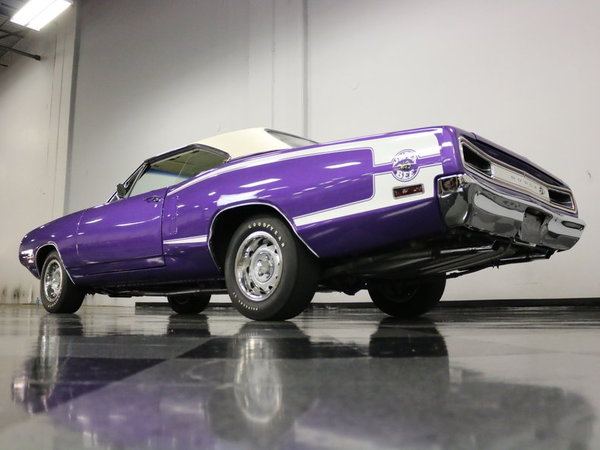 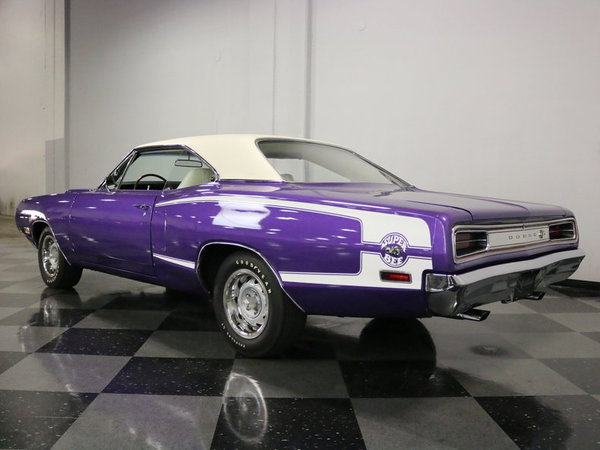 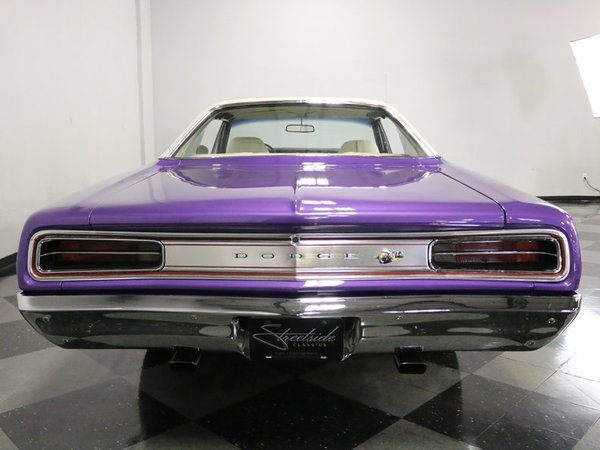 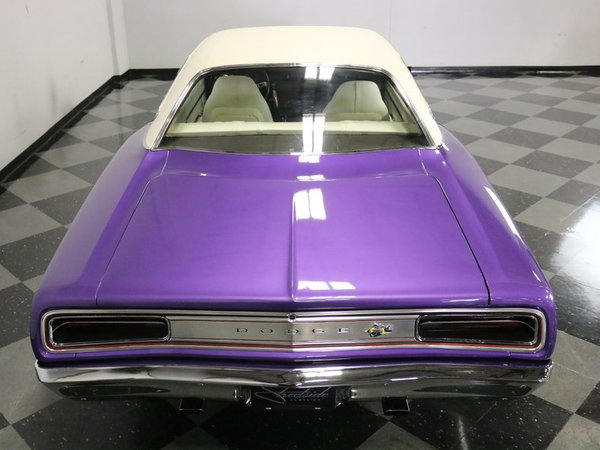 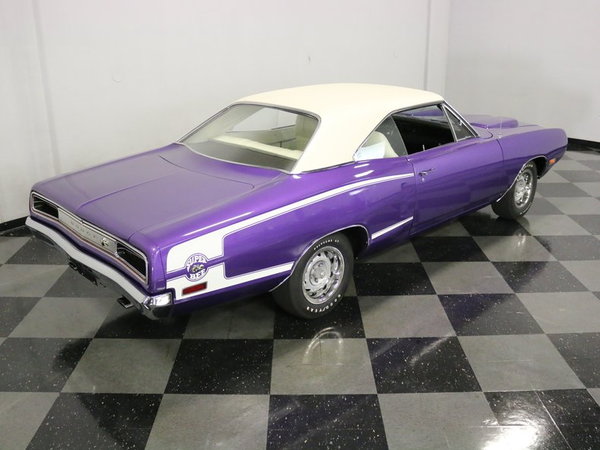 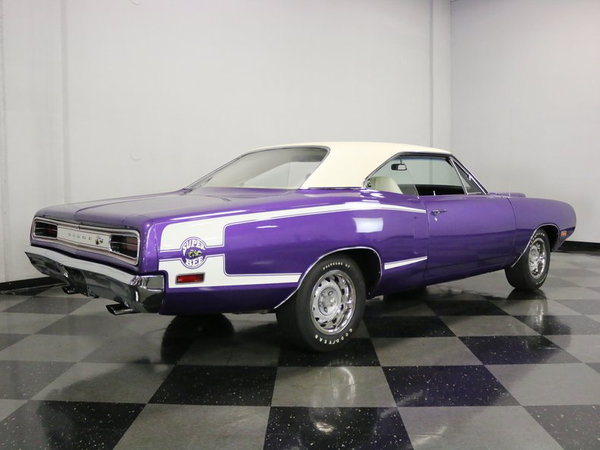 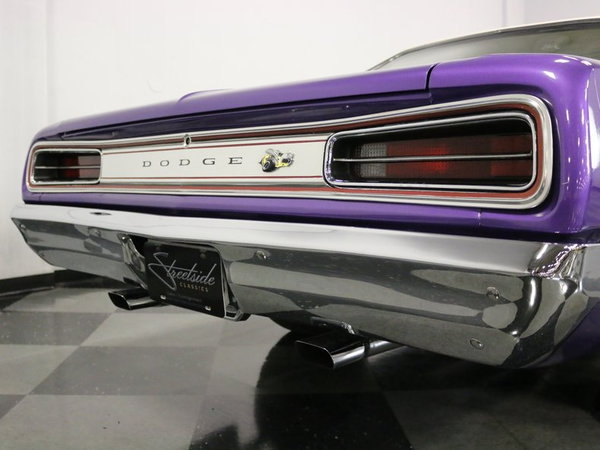 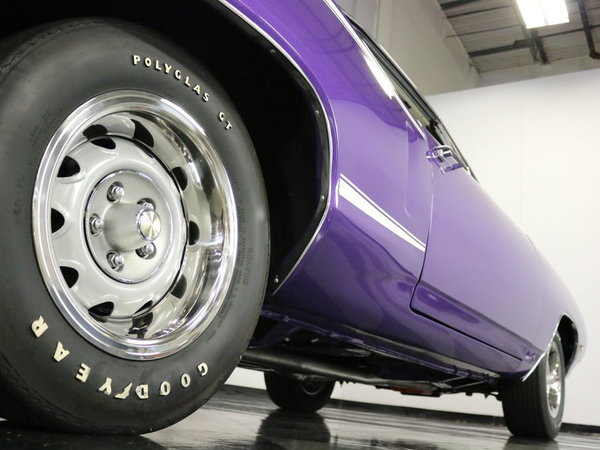 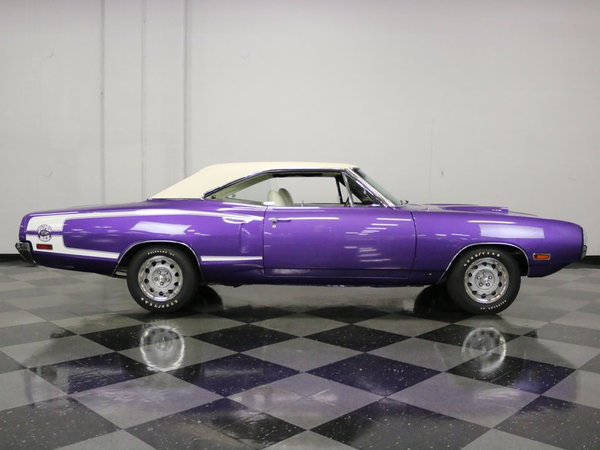 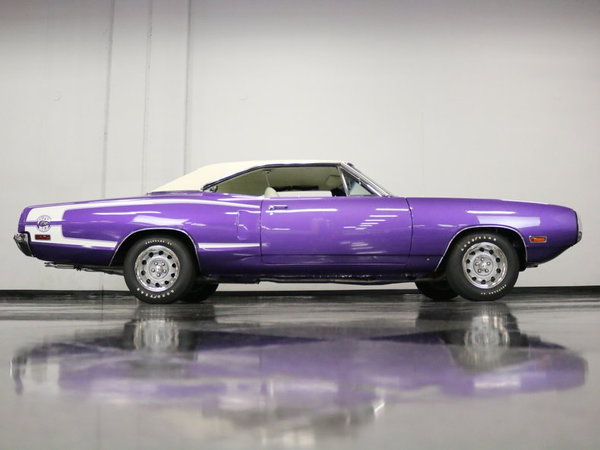 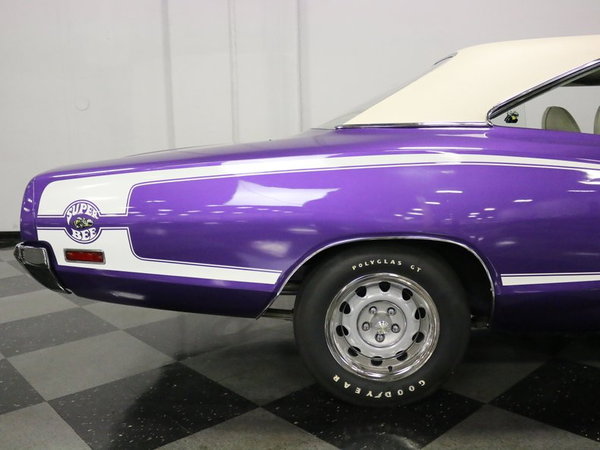 $106,995 Get Financing
Business Seller - Streetside Classics-Dallas/Fort Worth
Fort Worth, TX

It's always a kick encountering a classic car that's still in its original form, but when that configuration also happens to include one of the most sought-after drivetrains Mopar ever conjured up and an exterior featuring its original shade, restored to a truly impressive condition and exuding '70s charm, the enjoyment factor definitely climbs a few notches. That's just what we have here with this 1970 Dodge Coronet Super Bee.

The Coronet, as well as several other Dodge models, had undergone a major redesign just a couple of years earlier, but Dodge saw fit to make a couple of minor changes to give the '70 version an identity all its own, most notably up front, where those distinctive dual ovals on the grille, fittingly named "bumble bee wings", give the Coronet an aggressive, intimidating glare. It's not likely that the Mopar folks could have envisioned their handiwork looking any finer than what we see here, as the precise restoration work has resulted in this Super Bee's show-stopping look. It's decked out in the same Plum Crazy color it left the factory with, and that purple hue is in excellent form, carrying a nice, even shine from front to back. It doesn't appear any shortcuts were taken, as the finishing details that take a classic car to the next level have all been looked after - the glass is crystal clear, the chrome bumpers and trim are in great shape, the badging and emblems are sharp and the white vinyl top shows no stains or exposure-related wear.

When you see a white interior in a classic car that looks as clean as this one does, you can generally conclude that either it's been sitting underneath a protective layer of plastic, or simply hasn't seen much in the way of passenger traffic. There's no plastic to be found, so we'll conclude the latter, as neither the high-backed buckets in front, nor the bench seat in back show any discoloration or wrinkles and the door panels are flush and carry no scuffs from hasty exits. With the white of the seats and door panels contrasting with the black of the carpeting and dash, this is a great looking interior. Slide into the driver's seat and grip the wood grain steering wheel with one hand and the pistol grip shifter with the other and you'll see a dash area in front of you that's been impressively restored, with new looking gauges in the cluster, all surfaces sporting a deep black hue, and the dash pad running across the top unwarped and showing no tears. The spacious trunk area in back is lined with clean carpeting and features an unscuffed, dent-free look that confirms that no shifting cargo has exacted its toll - even on the wheel wells.

Lift up the Super Bee's generously proportioned Ramcharger hood and you'll find the original matching numbers 440 cubic inch V8 sitting inside the engine bay, with its "6-pack" configuration - made up of 3 Holley 2-barrel carbs lined up in a row to make for a potent output of just under 400 horsepower in stock configuration. Starting right up and running smoothly, it's paired with a coveted 4 speed manual transmission that's also original and shifts very smoothly. The engine bay is nicely detailed with Hemi orange paint and the many of the important details are correct with reproduction hoses and clamps. The floors are as beautifully finished as the exterior bodywork and reflect the time and effort taken in the build. And to finish it off, it sits on a set of 15" stock Dodge wheels, outfitted with Goodyear Polyglas GT tires.

Looking for a vintage Dodge muscle car that will distinguish itself in ANY crowd? You have to see this 1970 Dodge Coronet Super Bee. Call today!
View Full Description